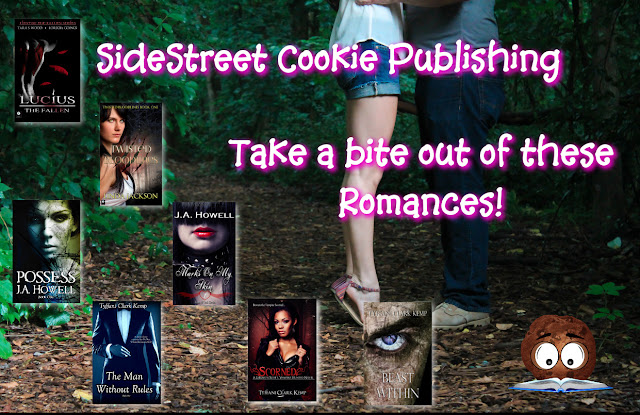 Lucius; The Fallen
Six angels once sat at the right hand of The Almighty, but an ill-fated decision cast them out of Heaven. Now they serve Him on Earth, slaying demons for their redemption. They are…The Fallen.

“Relish this moment in My favor. It is your last.”

Lucius, once revered at the side of God, fell to Earth with his brothers to pay penance and atone for his lapse in leadership. Wingless and forsaken, they have all paid a price for their complicity. Lucius’ hubris is now a curse, and he cannot rest until they carry out the last of The Almighty’s orders...and stop a war that has been millennia in the making.

Persephone Roberts is always in the right place at the right time, the serendipity allowing her to help people on her travels. When it leads her to cross paths with the band of hard-living fallen angels, she sets her sights on their leader, and is determined to restore Lucius’ faith in their quest. And in himself.

But the ancient evil the angels strive to fight has put Persephone in its crosshairs. It will be up to Lucius and his brothers to save her and destroy the minions of the dark. Can the amber-eyed beauty with her accepting heart heal wounds that cut soul deep, and force him to reclaim a glory he once tossed aside? Is he strong enough to realize the path back to Heaven begins with her, or will he be forever...fallen?

Megan has never had what most would call a normal life.

Her childhood and teen years were spent on the run with her family, hiding from a horror so great it defines their world. Friends and homes are traded at a moment’s notice to escape from their worst nightmares.

Years pass, and her mother settles down with her new step-father, a kind man who does his best to protect them. Life lulls into a safe pace, and Megan finally feels as though she has control of her future for the first time in her life. But that peace is shattered with the arrival of a new family member, one that bears a striking resemblance to a savior of her past…

Confused by her deep emotional connection to him, things unravel fast. She learns that the people she lives with, even her own family, are not what they seem. Her only friend who helped her piece her life back together changes overnight, and she is left dealing with the fallout on her own…

As events unfold, Megan finds herself face to face with the horror that has haunted her since childhood. But will she be able to escape from her twisted bloodline?

Marks On My Skin

**Not for readers under the age of 18+. Contains language, explicit sex, and adult situations.**

Kieran Donovan has always been a doormat to the women in his life. Begging his wife not to leave after finding her in bed with not one—but five men—only provides further proof of that.

In need of an escape from an empty house and a broken heart, Kieran heads to Midtown to see his estranged brother, Liam. There he meets Shayne Wickham, Liam’s best friend. Shayne’s dark and sexy with a wild streak a mile long and a sexual appetite for things Kieran’s never even dreamed of doing. But after an intense, and all too brief encounter, he’s more than willing to learn. Despite the usual safeguards Shayne keeps around herself and her own wounded heart, she finds herself more than willing to show him the ropes…and the floggers…and the paddles.

Kieran’s never seen himself as dominant in any aspect of his life. But when Shayne submits herself to him, it ignites an inner strength and hunger he never knew he had—and feelings Shayne didn’t know she could have. So used to keeping others at an arm’s length, the ease with which she finds herself trusting Kieran is both exciting and unsettling. Could Kieran be someone she could finally trust her heart to—or will he leave her scarred like everyone else?

Just another mark on her skin

Stumbling off the bus in Midtown, Harley Martin thought she found an escape from her old life.

She soon realizes it was anything but that.

Low on cash and options, she manages to find herself a cheap but surprisingly nice apartment. The catch? The last tenant, Brody Walsh, killed himself.

As disturbing dreams and hauntings start to occur, Harley realizes there may be much more behind the previous tenant’s death than a simple suicide. She finds her life further entangled with his when she learns that her new boss, Nolan, was also his best friend. Could this handsome but evasive pub owner have something to do with Brody’s death?

Trying to piece together the events surrounding Brody’s death proves to be a daunting task, but Harley can’t give up. Brody won’t let her. He is still in the apartment with her, trapped in limbo until she finds his killer.

But he’s not waiting for revenge.

The Man Without Rules

Sebastian Boa defies all the rules. There isn't a woman who doesn't want the notoriety of being in his bed. When he crosses paths with Mariss Red at one of his clubs, his interest is quickly piqued, and he sets out to make a play for the confident beauty. But Mariss is married, and she has no desire to lose what she loves for a one night stand with the indulgent playboy.
When an attempt is made on Mariss' life, Sebastian rushes to her side. Those closest to him know that it's only a matter of time before his new infatuation causes him to crash and burn.
For a man who lives on the edge, the Rules of the chase become clear at the start. If he wants to win Mariss, he will have to play on her turf. Boundaries and all. The harder Sebastian tries, the more Mariss refuses, and the harder it gets to keep his control. The Man Without Rules finds himself changing to be worthy of the one woman who has ever told him no. 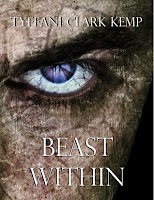 Gabriel Slade runs Hollywood with his gorgeous blue eyes and egregious temper. No one knows that underneath it all is a man with a frozen heart, cursed to become a beast at every full moon. For seven days he has no choice but to roam the earth as a vicious animal, until he meets a woman who can change it all.

Luna Grace has a hatred for everything Gabriel Slade stands for, but she doesn't even know what he looks like. When a chance encounter reveals feelings Luna never knew she harbored, it stands to reason that she would run.

Can Luna overcome her hatred and break the curse? Or will Gabriel's temper keep her from realizing her true feelings, dooming him to remain the beast forever?

LeKrista Scott has killed a vampire, and now his lover wants revenge.

After months of watching her from the shadows, Lucretious, a millennia old vampire, finally makes his attack during a party thrown by his maker, Roman - a party where Roman proclaims his protection over LeKrista. Roman steps in and saves her life, but not before she deals Lucretious the true death in front of his lover, Perdita. Now LeKrista is running for her life and Roman is trying to save it, but she’s not sure if he really cares or if he has some underhanded reason for keeping her alive. She seeks help from Mages but they refuse to help her, even though she exhibits high potential as a Mage herself. In a last ditch effort, Roman whisks LeKrista away, but Perdita finds them. LeKrista must eliminate Perdita one way or another.

Get It Here
Posted by Unknown at 5:43 PM