Synopsis
After suffering through heartbreak, Rose is determined to move on without Lee. She can’t cling to her first love forever, and she knows that. As long as he’s happy with his decision, she’ll struggle to move on.

But when Lee's sister Grace invites her to a photoshoot in the French Alps for spring break, Rose quickly realizes it’s a trap – Lee and his new fiance Kiera are there too. Kiera toys mercilessly with Lee and Rose and their feelings for each other.

Even if Rose can muster the courage to be happy for him and Lee can suppress his pent-up desire for her, neither of them can deny there is something more that ties them together than love and lust.

Kobo, Smashwords and B&N will be live shortly! 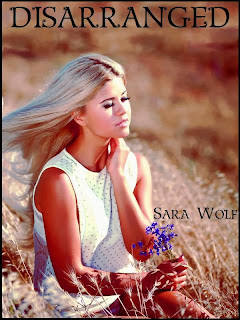 Sara Wolf
Sara Wolf is the author of ARRANGED, a college-aged romance series centered on an arranged marriage. She’s currently working on her next New Adult romance series. She’s addicted to the Vampire Diaries, loves chocolate and romantic angst, and can’t get enough of damaged heroes.

Excerpt
"Say it again," He murmurs. "My name. I want to hear it in your voice again."

I'm shaking, but I manage to open my mouth.

He kisses me then, fully and with enormous weight. His lips practically crush mine, his kisses bruising as he trails them across my cheek, up to my ear, and back down to my lips again. His one free hand laces around my back, and I moan and arc into him. I know it’s wrong, I know he has a fiancé and he loves her, but this is everything I’ve wanted for months. A voice in my head chants for me to stop, over and over, but he feels so right in all the wrong ways - his biceps against my back, his thick wrist and long fingers nearly tangled in my hair, his hard need pressing against my stomach through his jeans.


a Rafflecopter giveaway
Posted by Unknown at 12:10 PM