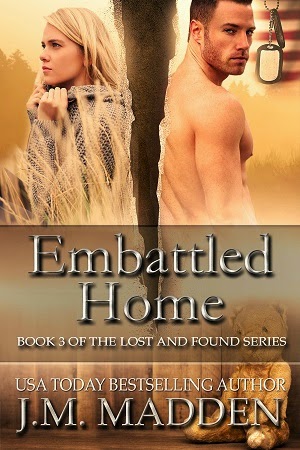 His Marine training taught him that failure is never an option regardless of circumstances. That certainly applies to Chad's need to stop Lost and Found's deranged client from using the information he gathered to stalk and abuse his ex. Falling in love with the broken woman and her sweet daughter in the middle of rescuing them is definitely not the best timing. But it's also inevitable. In Book 3 of this heart-warming military romance series, Chad will discover that protecting Lora is a much easier task than proving he’s the one man she can finally trust with her heart.

Weeks of no incriminating evidence should have clued him in sooner about who was the real victim. Now Chad Lowell is wracked with guilt after the woman he’s assigned to investigate is attacked by her abusive ex-husband right under his nose. Lora and her little girl are in incredible danger, and he vows to protect them at all costs, whether the angry and hurt woman wants him to or not. His Marine training makes the protecting part easy, but nothing he does seems to make Lora want to take a chance on him or his love.

Lora O’Neil left a life of abuse to make a new start for herself and her daughter. When her ex hires Lost and Found Investigative Service to track her down, she’s left reeling both physically and emotionally. The private detective that had been watching her for the past couple of months did finally come to her rescue, but does that mean she should now trust him to help her turn their lives around? The sexy former Marine makes her body feel things she thought she’d never feel for a man again, but she just can’t imagine what it would take for her to heal enough to ever say yes. 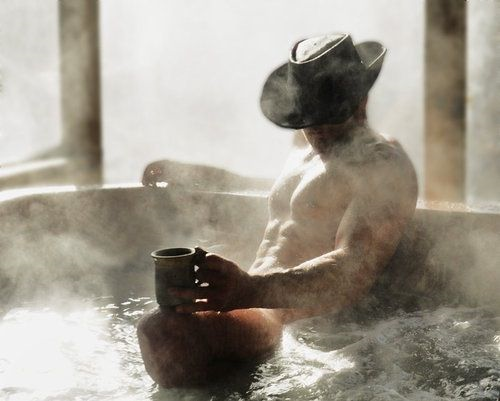 But then toward morning, the mood of his dreams seemed to change. She thought he moaned her name and his hips flexed upwards. Lora’s body heated. He was dreaming about her.
“Oh God,” he moaned.
His hips surged up again as if searching and before she could talk herself out of it, she burrowed her hand beneath the sheets and under the waistband of his sweats.
They each cried out at the same time, for different reasons. Chad surged up into her hand and Lora was stunned at the need she felt in his hot body. His right hand covered hers and he surged up again. The delicate skin covering him glided over his rigid length and she pulled away enough to dance her fingers along him, amazed at his size. Chad growled and she wrapped her fingers around him again, moving her fist up and down. His hips surged and released in counterpoint to her movements, getting tighter and tighter to his body. Legs moving restlessly beneath the sheet, he started to pant. Lora looked up at his face in the light from the bedside lamp that they’d never turned off, and her heart contracted. The scrunched look on his face spoke of pain, but the sounds he was making were all pleasure.
She looked down at his hand covering hers and knew he was close. Milky fluid seeped from the end of his dick, giving her strokes a soft clicking sound now. His mouth opened in a wordless cry as his hips surged faster, and then he was there. Bucking, groaning, he ejaculated across his lower belly and their joined hands.
Lora’s clit tingled and she almost came herself. Chad’s hand that was covering hers fell away, but she continued to work her hand, making him flex and pant, till he pulled away. Lora looked up and found his eyes trying to focus on her. “I guess I should be embarrassed,” he told her, “but I’m totally not.”

I am a wife and mother of two. I am a stay at home writer, which I dearly love, and I recently added the title USA Today Bestselling author to my moniker.
I was a Deputy Sheriff in Ohio for nine years, and I found myself tapping that experience as I wrote Second Time Around, my very first book. No, I didn’t tackle and cuff my husband, although there was that time in K-mart… Anyway, it was quite a change going from writing technical reports with diagrams, witness statements, inventories, etc., that would stand up in court to writing contemporary romance. I’ve always written, though, and it was always a dream to do something with that huge, leaning stack of spiral bound notebooks.
I’ve now published 15 books, with many more on the way. I thank you so much for taking an interest in my work!


Check out the rest of the series!!