Synopsis
Can they build a future on hope alone?

For years nurse and grief counselor Christie Bates has been teaching her patients to confront their fears, express themselves and trust in hope. But as her feelings for cancer survivor Eli Roberts and his two children grow, can she overcome her own fear and love a man who lives every day with the possibility of recurring illness?

Tackling cancer and single parenthood simultaneously has turned Eli into a devout realist. Which is why he finds Christie's perpetually upbeat attitude so aggravating. Still, despite himself, she's making a place in his heart. If only he could offer Christie more than an uncertain future. 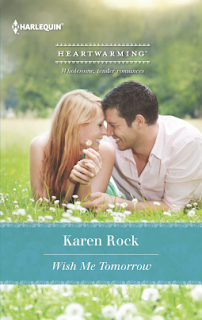 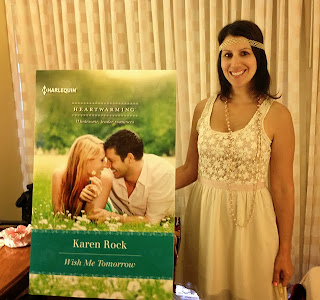 Without releasing her hand, he blurted, “Are you having a good time?” He almost smacked his head. What a stupid question.
Christie’s mouth quirked then grew serious again. “Actually. I am.” Her eyes met his, their gazes locked as tightly as their hands.
“I’m glad,” he heard himself say from some disembodied place that did not come from the land of reality and logic. “Happy you came.” He pressed her hand, exhilaration shooting through him when she squeezed back.
“Me, too. It reminds me of my dancing years. I wish Tommy could have been here.”
“Trust me. He’s sorrier than all of us combined. Poor guy.” He debated asking her the question that had been in the back of his mind. “Did your brother watch you dance?”
Christie’s lids lowered for a moment. In the silence, he gave himself a swift, mental kick. He wanted to know more about her, but not cause her pain. And her pale, clammy palm proved he’d done just that. “You don’t have to answer.”
When she reopened her eyes, her lashes were wet and spiky, but her voice was steady. “Before he got too sick, he always made these insane signs to make me laugh. Like ‘Christie the Great’ or ‘Christie is the Best Sistie.’ He did it to help me get over my stage fright, but the other girls made fun of it so I begged him to stop.”
He gathered her other, trembling hand.
“Now.” Her voice dropped to a notch above a whisper. “I’d give anything to have one of those signs.”
His heart expanded, wishing he could take away her pain. He’d gotten used to heartbreak. “You must have loved him very much.”
“Not as much as he deserved,” she said beneath her breath, more to herself, it seemed, than to him. “Excuse me.” When she scooted off to the ladies’ room, he berated himself. She’d done him a huge favor in joining him tonight—more than he’d guessed now that he knew about her brother. How brave of her to come to the recital for Becca, and him, when dance held such powerful memories.
He grabbed her shawl and purse and waited by the door into the auditorium. After a couple of minutes, she joined him, her cheeks damp but no longer ashen. When the crowd clapped inside the auditorium, they opened the door, tiptoed down the aisle and found their seats.
“I’m sorry Jacqueline didn’t come,” Christie breathed in his ear, sending shivers of awareness down his spine.
He looked into her earnest face and found himself unable to lie. “I’d rather have you here.”
Christie bit her lower lip then studied her lap. “I’m glad, too,” she surprised him by saying. Her shimmering eyes lifted to his.
His tight chest eased at her soft expression. They settled back in their seats and counted down the remaining routines, the silence between them as promising as the dancers who flitted gracefully across the stage.

This book was an emotional roller coaster that had me in tears so much I should invest in tissues!  The writing was so true to real it had me in goose bumps.  I enjoyed the characters, they were very well developed and very 3 dimensional, I just wanted to grab them all up and hold them close to my heart and keep them safe with me.

My mother died of cancer in Dec of 2006, so I had a very personal relationship with the topic of cancer and surviving and wishing for just one more tomorrow.  This book should be on everyone's TBR list, I think it portrays very real emotions and how to deal with them, for adults and children alike.

Tommy wiped his nose with the back of his hand. "That makes me scared." He glanced up at Christie, his brows, nearly the same color as his pale skin, knotting. "Is that bad? Daddy's brave but I'm not."
She cupped his soft, dimpled chin and said, "No. All feelings are okay. And I think you are very brave." Her gaze flew to Becca, who gave her a small smile. "When your dad comes home, you should tell him how you feel."

I recommend this book for anyone that needs help seeing that Feelings are never wrong, they just ARE and how you deal with them is the important part.