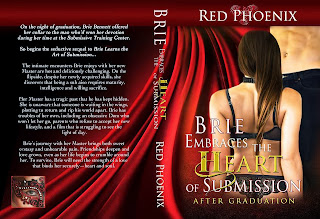 Book Description:
On the night of graduation, Brie Bennett offered her collar to the man who’d won her devotion during her time at the Submissive Training Center.

The intimate encounters Brie enjoys with her new Master are hot and deliciously challenging. On the flipside, despite her newly acquired skills, she discovers that being a sub also requires maturity, intelligence and willing sacrifice.

Her Master has a tragic past that he has kept hidden. She is unaware that someone is waiting in the wings, plotting to return and rip his world apart. Brie has troubles of her own, including an obsessive Dom who won’t let her go, parents who refuse to accept her new lifestyle, and a film that is struggling to see the light of day.

Brie’s journey with her Master brings both sweet ecstasy and unbearable pain. Friendships deepen and love grows, even as her life begins to crumble around her. To survive, Brie will need the strength of a love that binds her securely—heart and soul. 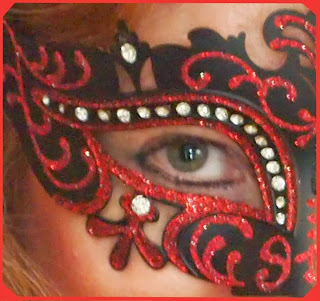 Author Bio:
Erotica is a delicious fantasy created to entice both the mind and the body ~Red
Red Phoenix is an award winning indie author who started her writing career in December of 2011. She is best known for her novelette, Brie’s First Day of Submissive Training, which was published in March of 2012. The little book created quite stir when it was released. Since then, fans have been riding the Brie wave with the sociable author. In October 2012, Red published the wildly popular eBook serial into novel form, Brie Learns the Art of Submission. She is currently writing Brie’s continuing journey in the serial titled After Graduation, due out in novel form September 2013.
“I am a happily married woman who believes, based on personal experience, that love conquers all. It is a running theme in my writing.” Red is a mother of three and wife to one. When she is not writing, you can find her on Facebook or Twitter interacting with fans.
“One thing you will notice about my work, I'm all about variety. If a character beseeches me to write his or her story, I willingly give myself over no matter the genre or subject.”
* Red Phoenix has a total of fourteen titles available as eBooks (not including serials.)