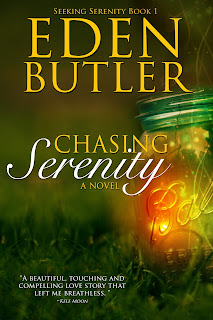 Graduate student Autumn McShane has had her share of heartbreak. She’s been abandoned and betrayed and she lost her beloved mother in a tragic car accident five months ago. That loss damaged her body and fractured her spirit but she’s just learning to recover both until her emotionally abusive ex-boyfriend returns to town, intent on making her life miserable.
Declan Fraser hates her ex as much as Autumn does, but the last thing she needs is to put her trust in the hands of another man, especially one like Declan: his hard body and lulling Irish accent makes more than few girls weak-kneed. The talented rugby player is rude and sarcastic, with tattooed, muscular arms and a cocky attitude, but he's the only one who can help Autumn win an ill-advised bet that, if lost, could cost her more than she's willing to pay. The reluctant alliance between Declan and Autumn stirs up cravings she doesn't want to admit, but Declan is a hard man to resist.
Just when Autumn starts letting down her carefully constructed walls to the sexy bad boy, he betrays her in her moment of greatest need. Autumn suspects Declan has dark secrets, and she is determined to uncover what drove him away from her, even if that means fraternizing with the enemy. But will the truth return Declan to her arms or add to the scars on her heart? 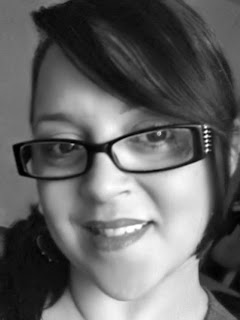 Author Bio:
Eden Butler is an editor and writer of New Adult Romance and SciFi and Fantasy novels and the nine-times great-granddaughter of an honest-to-God English pirate. This could explain her affinity for rule breaking and rum. Her debut novel, a New Adult, Contemporary (no cliffie) Romance, “Chasing Serenity” will launch October 2013.
When she’s not writing or wondering about her possibly Jack Sparrowesque ancestor, thinking up impossible plots, Eden edits, reads and spends way too much time watching rugby, Doctor Who and New Orleans Saints football.
Author Contact Info:
Facebook: https://www.facebook.com/eden.butler.10?fref=ts
Twitter: https://twitter.com/EdenButler_
Blog: http://edenbutlerwrites.wordpress.com/
GoodReads: http://www.goodreads.com/book/show/18513705-chasing-serenity

Prologue
My mother’s skin is pale. No steady thump moves the pulse in her neck, no awareness flickers in her eyes as she stares at me. There is nothing there. She is motionless, inert.
This can’t be real.
Glass is fractured all around us, stained red with our blood, and my jeans are soaked from the torrential rain that beats against the car, through the broken windshield. I can’t stop the shaking of my limbs, the shiver of cold that has nothing to do with the temperature. Mom’s face is splotched with that same red color; thick trails of blood leak from her nose and mouth. Her hands are fractured. There are breaks that twist and bend the joints, the bones, and in the stillness of the car, against the intermittent flashes from the lightening above, I notice that my hands are like hers, except where hers are battered and bloody, mine are clean. Strange that my mind can process that we share the same thin knuckles, the same translucent skin, identical ridges that tapper at the wrist. I try to reach for her, to close her eyes, but something is piercing me and it traps me to the seat.
“Mom?” I know she won’t answer. I’ve screamed my voice raw over the past hour trying to get her to respond.
Above the din of racking rain and the drumming pulse of vicious thunder, I hear sirens, but I know that it is pointless. They’ve come too late. She is gone. I am going. My vision blurs and I can only manage to look at her, to take in the dull white in her eyes and the pallid color of her lips.
“Mom, please.” The words come out in a whisper and my head swims with a dizzy cluster of swaying vision. I am floating, falling, but I train my eyes onto her face, a tether to this life, as fleeting as it is. I try again to reach her, but I am met with resistance, some sharp unknowable thing that doesn’t allow me to move. I am helpless here, something I have always made a point to never be. But I cannot rescue her. I can’t manage to even move an inch, to touch her face, to say goodbye.
My mind surfs with desperate thoughts, impossible hopes, until the scatter of images lands on our family, years before, when we were whole, when my parents loved each other, when my father wasn’t a coward. His voice rings in my ears, him singing something old, something very Irish, and I allow myself a smile. I forget the heartbreak he caused. I forget the loneliness in our too big home, how my mother’s smile was never quite the same. The bitterness that I’ve held so near to me, so certain and full next to my heart, slips away like an unintentional whisper and I rest my head back, my eyes still trained on her face. The sounds of storms and sirens around me evaporate and I listen to my father’s voice. It is soft, like a feather, and certain like the force of a windstorm.
“Autumn my love, this song is for you.”
I close my eyes as the phantom of my father sings me into silence, into calm, into the oblivion I know is waiting.